Glasgow was named the most vegan-friendly city in the UK by People for the Ethical Treatment of Animals (PETA) in 2013, and it has been said that Craig Tannock’s vegan ventures helped Glasgow secure PETA’s award. Craig Tannock’s Mono Cafe Bar has won the Glasgow Chamber of Commerce 2016 Award for Glasgow’s Favourite Business, and Stereo Cafe Bar was nominated for the Best Vegan Restaurant in the VegfestUK Awards 2016. It has been said that it is not an exaggeration to say that the growth of Glasgow’s vegan culture is in a large part down to the tireless work of one humble and unassuming man called Craig Tannock.

In 1980, when I was 20, an incident during a Psychology lab at St Andrew’s University got me seriously thinking (for the first time) about the total lack of respect for animals within my culture and the subsequent systematic abuse that occurs on a perpetual basis. I decided that I did not want to contribute to this abuse, so I decided to go vegetarian shortly after. I went vegan two years later once the connections between the meat and dairy industries became clear to me, i.e. when I finally realised that they were in actuality parts of the same industry.

I was brought up in Greenock in west central Scotland and ate the traditional local diet. All meals involved animal products and almost always meat. I didn’t eat much in the way of vegetables apart from potatoes (often fried). I have to say that I loved my typical west of Scotland diet, particularly steaks, chicken and bacon. My family were shocked when they found out about me going vegetarian and ‘knew’ that there was no way it would last as ‘he just loves his steak too much.’

What is veganism for you?

For me, veganism is about doing the best that I can to both remove myself from the pervading institutional speciesism of my culture whilst at the same time trying to contribute to attitudinal change within that culture.

I find that over time I am compromising less and less…

For me, cruelty-free living means living a completely vegan lifestyle as best as I can. This approach impacts everything really; food, drink, clothes, toiletries, household products, medicines, etc. It would be very difficult to completely remove the possibility of my existence resulting in harm to other living creatures, and so there always have to be compromises e.g. I use public transport, I eat root vegetables. I find that over time I am compromising less and less, though I remain relaxed about my choices and I don’t stress about it as that would be harmful to myself. I think it is important that people considering going vegan don’t assume that they need to jump in at quite the same level as long-term vegans overnight. They can go at their own pace, plus there is now a huge amount of advice and support for anyone considering this really positive change to the way their life impacts on animals and the environment.

Of course, for me, cruelty-free living also means doing everything I can not to contribute to human suffering either. For me it is all the same thing. Trying not to be complicit whilst advocating for change from within.

Craig, you are the owner of Glaswegian vegan favourites, Mono, Stereo, The Flying Duck and The 78. What were your reasons being establishing vegan restaurants and driving vegan culture in Glasgow?

I have also worked in bars since I was 16

I have played in bands since I was 15/16. I have also worked in bars since I was 16. Myself and a couple of friends opened a small recording and rehearsal studio in Glasgow in 1987. In 1991 we got the opportunity to expand the studio into larger premises that also included a café/bar/venue, which we were able to take over. It was agreed that the food served would be vegetarian. This project went really well; however, there was a major fire upstairs 9 months later and our premises was destroyed by water damage. We managed to set up a café/bar/venue again somewhere else, though we concentrated on the evenings for the first couple of years and didn’t serve food. We started opening during the day and served 100% vegan food from around April 1994.

Part of the reason for serving only vegan food was simply because I was vegan myself and didn’t want to be supporting the animal abuse industry by either my personal choices or those of the business. The other reason was that I realised that this was an opportunity to help normalise veganism in the city and beyond. We had already established a strong reputation for our music programming and for the way that we supported up-and-coming bands. We didn’t make a big deal that the food was vegan; there was only some small print at the bottom of the menu stating that all food served was free of animal products.

How does one become a successful entrepreneur in the field of vegan business?

In this regard, I think that it is important not to see other vegan businesses as competition, even those doing the same thing as you. In my experience, most vegan business owners are about expanding veganism first, business second. We are all obviously working towards the day when all businesses/projects will be vegan, so it doesn’t make sense to do anything other than try and help other vegan businesses. They should be seen as allies rather than competitors. Also, even from a strictly business perspective, every new successful vegan business helps to grow the market for vegan products, so everyone wins. The key again though is quality. Any vegan business that cannot deliver high quality could do harm to veganism. By vegan businesses being open and supportive with each other, we can hopefully maintain high quality and reduce business failures. Vegan businesses can make a huge contribution to the further development of veganism; however, in my opinion they must be willing to be mutually supportive if they want to maximise the benefit. I think taking this collaborative approach is key to working successfully within the field of vegan business.

What is the most important thing for you while running the eateries?

The most important thing is the culture of the workplace. My veganism is not just about non-human animals; it’s about respect for all animals, including humans. If the culture is broken than everything becomes very difficult and nobody wants to be there. We have always tried to engender a culture of mutual respect and support. A place where people trust each other and can be open with each other. Not simply a place of work, but somewhere that you can be proud to be part of, and actually enjoy being part of. I am not saying that we have always succeeded, or that we will always succeed in the future; however, the intent is genuine.

What has been the most rewarding for you as a vegetarian and vegan, and also as a vegan entrepreneur?

Becoming vegan, I feel that I have become myself. I can’t think of anything more rewarding than having the opportunity and freedom to be who you are. It is a gift that I am very grateful for, and never take for granted.

As veganism for me is based on compassion and justice, then I don’t see veganism as being compatible with capitalism.

I am not very keen on the term entrepreneur being applied to myself. I feel that it has strong capitalist connotations. As veganism for me is based on compassion and justice, then I don’t see veganism as being compatible with capitalism. Having said that, I am all for trade. In my opinion whilst trade and capitalism can certainly crossover, they are certainly not the same thing.

As a vegan trader then, one of the most rewarding things has been knowing that over the years our businesses have made a real contribution to the acceptance and development of veganism in Scotland. That makes me happy. There is still very much to do; however, I do take some comfort in what has been achieved to date.

I have heard that the number of vegans in the UK has increased by more than 350 per cent over the last decade. With veganism becoming a more popular dietary choice, restaurants, cafes and shops have adapted to keep up with the demand of over half a million vegans. Many think that veganism is hip and fashionable, not actually something that matters. What would you say to people who strongly believe that veganism will never become mainstream and that veganism is only a trend?

Our cultures are changing

Veganism has never been a trend. Even though the term was only coined in 1944, there have been vegan practitioners in the UK since at least the 18th century. So, definitely not a trend. Nobody knows what the future will bring, but to say that veganism will never become mainstream would be foolhardy. All of the evidence would strongly suggest that it is rapidly becoming the socially acceptable diet of choice amongst the younger generations and there is nothing to suggest that this is going to do anything but increase. Our cultures are changing. More and more people are having the confidence to think for themselves and make their own decisions on a whole host of issues. Becoming vegan is an act of taking control over your own life and its impact on others. Whilst veganism has been around for a long time, it certainly feels that many more people than ever before are seeing its absolute relevance to their lives and their search for peace within themselves.

Tobias Leenaert, a long-time speaker, trainer and strategist, and the author of How to Create a Vegan World: a Pragmatic Approach (Lantern Press, 2017) has said: “In this world where there is so much suffering, it’s hard to do enough. Doing your best is maybe never really your best, because you can always do better. We can spend more money on good causes, and watch less Netflix, and help more.” How would you comment on that?

You will not be able to function at your best unless you are happy.

The world is a horrific mess. No one person can fix that alone, but everyone can help. What is the point in life if it is not to be happy. Yes, if you care about others, then it is difficult to be happy when you know others are suffering, but you are only a human being, a human animal. You will not be able to function at your best unless you are happy. Humans have an amazing capacity to hold conflicting concepts and emotions at the same time. We must use this capacity and must never neglect our own wellbeing and happiness. Only then can we do our best for others. 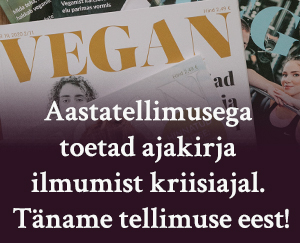